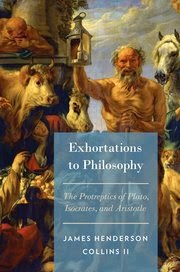 In a later post I hope to discuss his conclusions about the "stabilized genre" of protreptic as it is reflected in the Protrepticus of Aristotle. In the meantime, check it out.
Posted by Monte Johnson at 10:58 AM